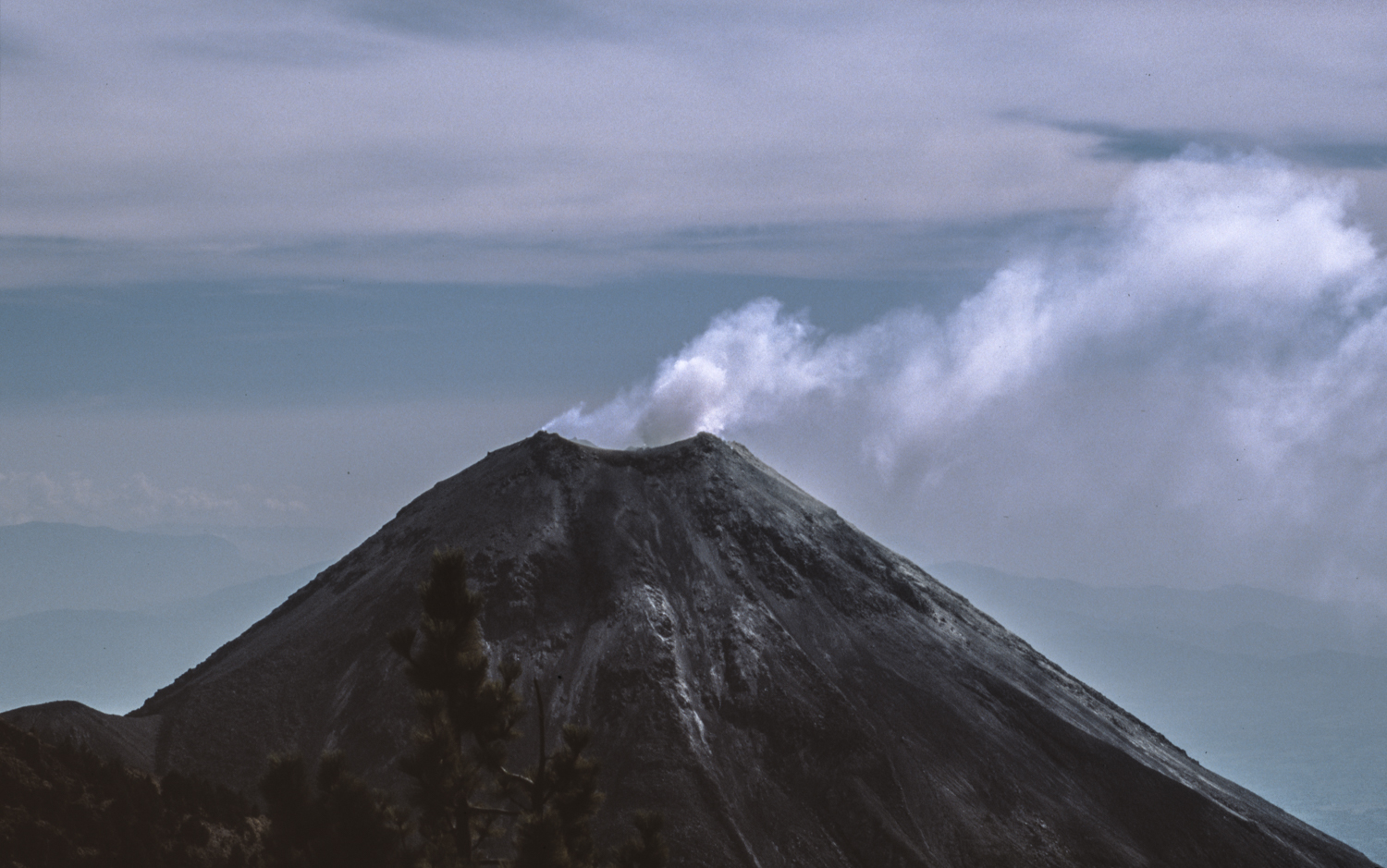 Motivated by a Spiegel Online sequence just released these days about the’Volcán de Colima’ (3850m) I have browsed through my photos of the year 2007 and I’ve found my view of the volcano. I was sitting on the neighbour volcano, which is meanwhile extincted, the ‘Nevado de Colima’. The coordinates are: 19.540600, -103.613045.

Here the amazing video about the erruption:

Have a look now to my view which I had from the other mountain which is in fact the higher one (4330m). It can be seen in the video the background. I have visited this mountain in 2007 by car. That means, I was driving a bumpy and dusty 30km ‘road’ up from 600m to about 3500m altidude until the car got stuck. Then I continoued riding on a pick up truck until the tip. After observing the volcano for some time I even had the chance of see a small erruption. At that moment I had already packed by camara and I was only able to capture the end of a much bigger ashes erruption….

The edge you can se in the following photo reaches about 2500m in altitude, which should give a brief impression about the mightness of this mountain which is standing in a nearly plain country of about 600m altitude. 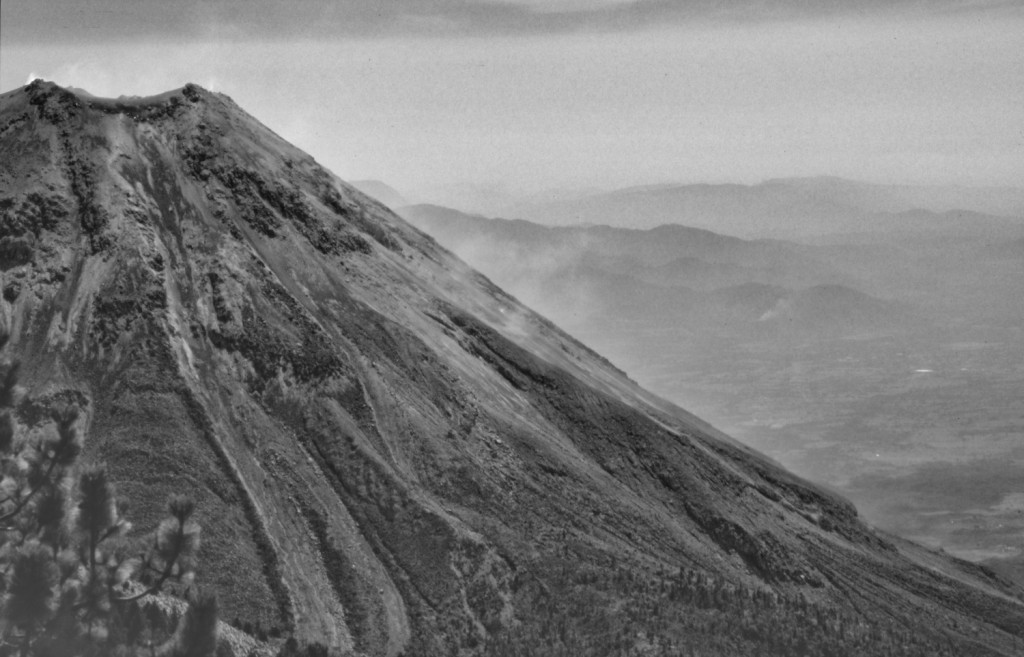 More of the transparency scans here.

More about the volcanos here in the Wiki article (GER, ENG)