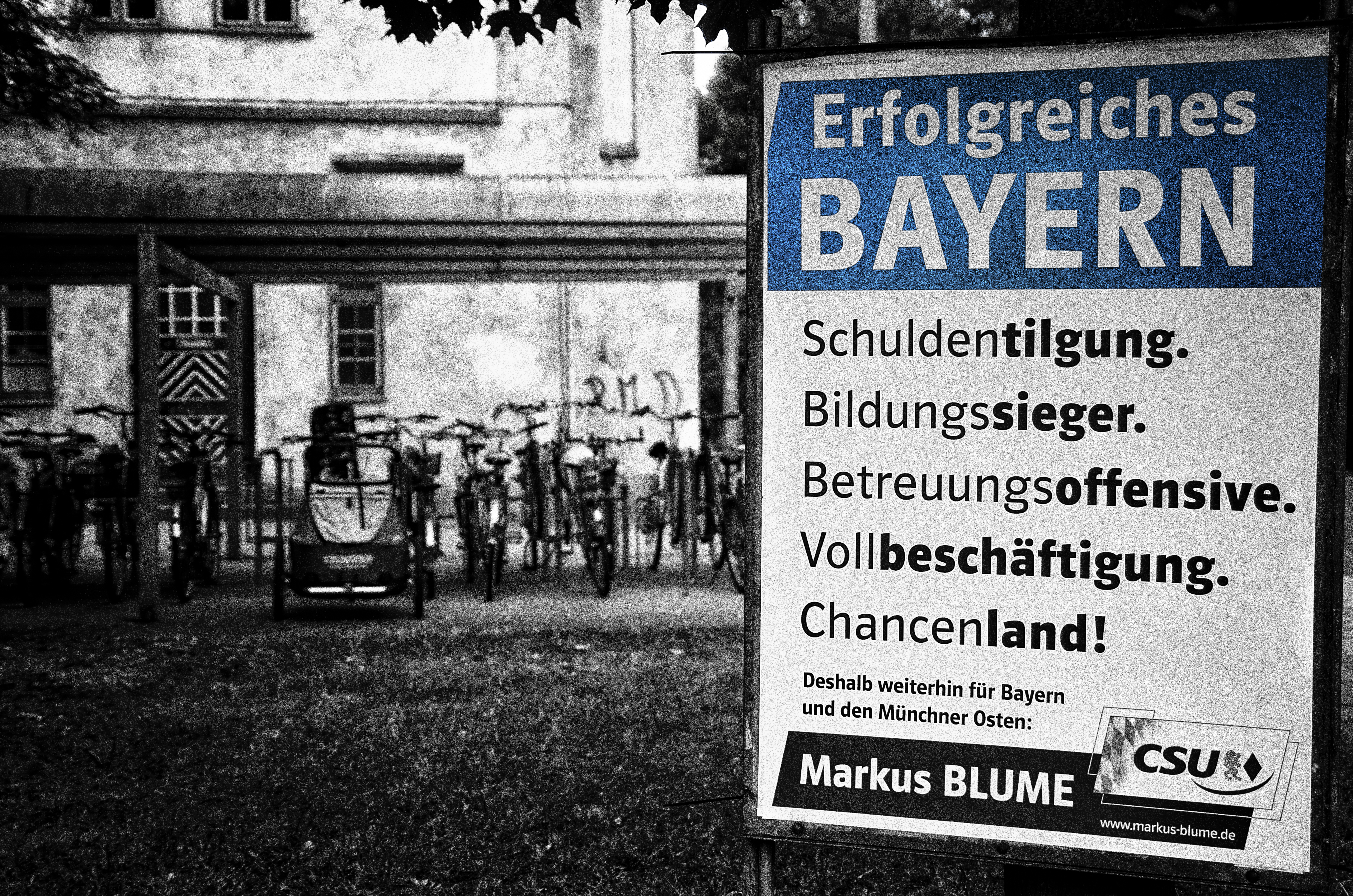 This is a new series in LE4EL Project EXPL4RE . About EXPL4RE: We are picking randomly a coordinate in Munich and visit the unknown place. The impressions there are expressed in a the photos series. About the series “Erfolgreiches BAYERN / Successful BAVARIA – Perlach”: As you might know, we are in t5he phase of elections. Each party tries to show its best. Bavaria thinks thinks, it’s the best state in the country: I’m showing the opposite with the example of Munich’s suburb Perlach. 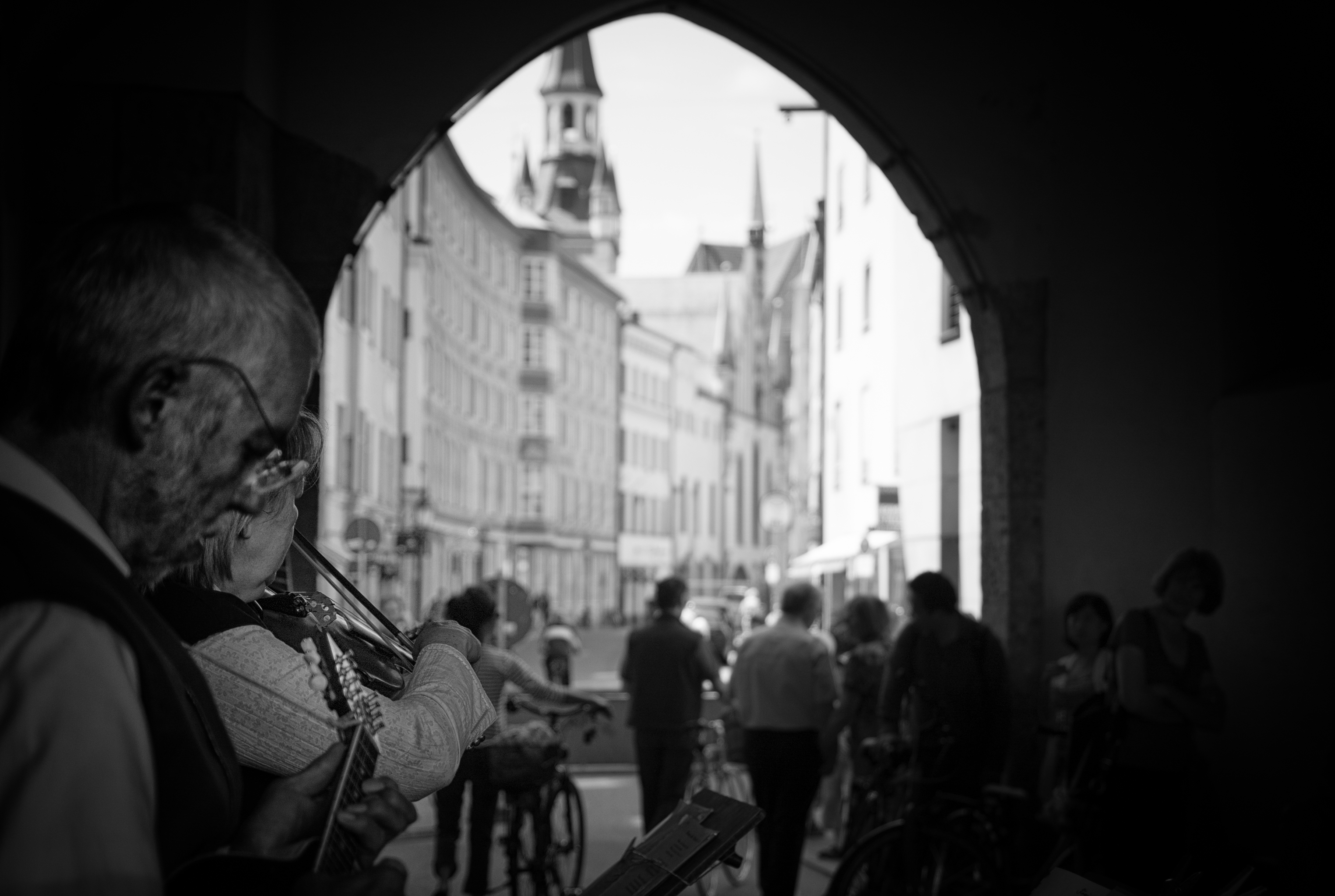 Surprisingly, this photo found more then 4500 followeres on my FLICKR stream. It was taken in Munich / Alter Hof. I took it with a short focal length to highlight the musicians within the stream of people.